Oh Repent now, Jesus is coming very soon, repent from drunkenness, repent from stealing, repent from idolatry, repent from witchcraft, and repent from aaaaaaahhh. Sister Stella has not finish calling the next word before an horrible creature came out from the wood with annoyance and slapped her saying “you fool, why are you disturbing my children with your noise” and went back into the wood that’s all she could heard from the horrible creature that came out of the wood.
She couldn’t remember any other scene that transpired apart from that. After she was slapped by the demon she was perplexed and couldn’t move from the spot where she received the slap, because she has never encounter such an horror incident. The shocked overwhelmed her and couldn’t even understood what she was doing again until the rest of her evangelical group saw her standing with her bible and her megaphone on the floor, and begin to pray for her.
For more than a week she couldn’t alter a single word, but after a month she began to regain her consciousness.  Afterward she stopped going for evangelism, because the slapped she received from the evil spirit was just as if a thunder stroke her chick.

Why should an evil spirit slap someone doing the work of God?

For more than 12 years since Sister Stella got married, she has being waiting for the fruit of the womb, but of no avail. She became born-again and a full member of The Apostolic Faith. She and her husband has pray and fasted fervently but all to no avail. She got married in the church two years after she joined the church, but her husband never knew she was once a prostitute before she gave her life to Christ.
She was an expert in prostitutes and she has a lot of customer and during those era’s she had aborted more than 10 pregnancies which have seriously damaged her womb. She knew if she tells her husband about her past, he may probably not want to marry her and the news might even get to the pastors and some of her congregation.
Because of this fact; she decided to only tell her husband little about her past life but not deeply. Her husband has so much faith in the Lord, and he always believe if it’s the will of God for him to have a child, no power will hindered it but unfortunately, the power of un-confessed sin of his wife seen to hindered him already.
One day, sister Stella wanted to endanger her life, then she decided to join the evangelism group so that she too can be preaching the gospel to sinner while she herself indulged herself in an unconfessed-sin. She never knew God protection is never on those who try to hide their sin and unfortunately a thunderous hand slapped her and she regret ever joining the evangelism group (Let’s Stop Here).
1 John 1:9 if we confess our sins, he is faithful and just to forgive us our sins, and to cleanse us from all unrighteousness. Many Christian’s even preachers whom we see today are in same spot Sister Stella behold herself due to ignorant, although they fellowship with a genuine bible believing churches and people see them as children of God but within they are hypocrite. They refused to do their restitution and kept parading with forged certificate.
Many of these Christian ladies you see today are suffering from spirit husband which has kept them from having their own children, and they try to keep the secrete to themselves alone. Many has done many evil work in the past and yet they fails to confess it just because they are ashamed what people might say.
Many women has defiles their bed accidentally and yet they kept the secrete from their spouse, many has stolen some money from their former office which they had refused to return, while many who evangelize and preaches salvation word of God still watch pornography site, they still enjoy to watch half naked ladies on the internet.
Many Christians still keep malice with their spouse, many ladies still attend night clubs, many still parade with worldly boy/girls friends while many still masturbate lust after sexual immoralities and while some still attend witchcraft meeting etc. And these are the same people who will go out to preach the gospel (hypocrite).
You need to drop all those preaching, evangelizing and first take care of yourself because our working for God cannot save us but rather holiness, righteousness and truthfulness. You can dress modestly, abhor makes-ups, attachment, jewelries, women trouser (pant), gambling or fornicates and still preaches the gospel but that doesn’t mean you are going to Heaven
One day I came across a testimony given by a brother about the total numbers of people who are ready for the rapture all over the world, and they are not more than 800 people, and I’ve also heard of the one of Sister Toun praise that said, only 24 people are ready for rapture in Ibadan the largest town in west Africa. 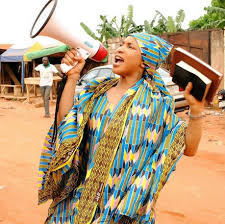 Today thousands of people who proclaim to be Christians are mostly hypocrite and no matter how little your sin may be, it will hindered you of the rapture.  And If you missed the rapture —
And this is the reason why you need to check your personal Christian life and run back unto Calvary in tears for total repentance and forgiveness of your sins. If you’re presently serving God under his anger due to secret sins — You need to stop preaching repentance to people, even if you are a pastor, and you know you don’t have that zeal or passion of serving the Lord as you use to have it at first, then you need to quite that altar and run back to Calvary to check yourself because our ministry labor or preaching of the gospel will not save us.

Don’t assumed anybody can just go out and be preaching the gospel of repentance; it is very dangerous, because you don’t know the kinds of attack that is waiting for every preachers of the gospel out there.
It is true that Satan hate Christians and the church, but Satan hate preachers of the gospel more than any mere Christians because they point people to the cross. Satan focus so much on them and will try all his possible best to destroy them, this is the reason why many preachers has died a horrible death. 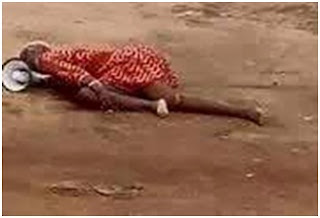 Even in a war front, people who are in the front died first before the people in middle and last. That was why David sent Uriah to the front. A person who preaches the gospel is always in the battle front where war is very hot, now what will be your faith when you are not saved and you are fighting the most difficult battle at the war-front?
Revelation 21:27 “And there shall in no wise enter into it any thing that defileth, neither whatsoever worketh abomination, or maketh a lie: but they which are written in the Lamb’s book of life.” Even if you die in such battle in an unrepented or unconfessed sin you will still wound up in Hell. So why do aim to commit suicide? Don’t even join work-force in the church if you are not saved, not even trying to be an usher.
I heard a story of an usher in the church who was demonically attacked for being an usher, and i have also watched a movie (Witchcraft in the church) where an usher was strike with blindness for correcting a member. So why should you be an usher in the church when the Lord’s protection is not on you due to secret sins? Don’t you know workers are the one following preachers in the battle field?
As a children coordinator in the church, don’t you know some of those little kids are children of the marine kingdom? They alone can even attack you; will you go to Heaven after you have being killed by them? Is it possible for someone killed by witch to make Heaven? 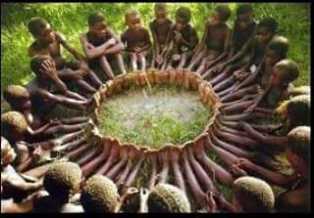 If you are yet to be saved, yet to be sanctified, perhaps still have bad dreams as a preacher, witches still beat you in dream, you still have sex in dream, your prayers has no effect on demons when they attack you at night, the name of Jesus has no effects no matter how you call it, it doesn’t go beyond the ceiling — These is enough evidence that your salvation isn’t complete yet. And you are not qualified to preach the gospel yet.
Evangelism is not the work of just anybody, it’s never by being a member of a particular church but it must be your personal relationship with God that will warrant you to be a preacher. Don’t put yourself in trouble because Satan can wage war against you, and it might probably claim your life.
Matthew 7:5 first cast out the beam out of thine own eye; and then shalt thou see clearly to cast out the mote out of thy brother’s eye. Satan is only after born again Christians and Gospel preachers, so why will you destroy yourself oh hypocrite?

The Ministry Exploits Of Apostle Ayo Babalola Of Christ Apostolic Church
The Danger Of Preaching And Evangelizing The Gospel Of Christ — Part 2
The Mystery Of Spiritual Warfare And Deliverance from Witchcraft Attack
Divine Revelations of Claire Andoun from Cameroon
The Evil Marine Kingdom - Water Powers
Top 3 Devilish Secret Weapon Against Christian
How To Overcome Satanic Trap Set Against Men Of God
The 1932 Great Revival In Nigeria Through Apostle Joseph Ayo Babalola
FOOTBALLERS AND FANS ON THEIR WAY TO HELL (ALSO THOSE WHO DO SPORTS BETTING BEWARE)
Breaking The Yoke And Curse Of Alcoholism In The Life Of Christian — Part 1
What To Do When You Are Exhausted Of Prayers And All Is Gone
The Death Of Apostle Joseph Ayo Babalola Of Christ Apostolic Church
The Mysterious Night And Fierce Battle Among Believers
Vision of A Sister Covered in God’s Glory
What To Do While Preaching Or Evangelizing The Gospel To Others
Post Views: 337
READ  Evil Covenants
Powered by Inline Related Posts