This confession is the 1st part in of the five volumes, from the excerpt testimony of brother Augusto Quiala Maquengo, a former servant and dedicated son of the Lucifer. To fully benefit from it, you need to read the remaining other 5th parts in numerical order.

THE GLORY OF THE LORD – INTRODUCTION

What a lovely wonderful gift to be the vessel of Jesus Christ. The Lord Jesus Christ is the greatest victorious Commander-in-chief who will never fail nor even have a single defeat in battle. I was raised to disgrace Lucifer and bring havoc to the Kingdom of darkness. Everywhere I go; I plunder hell and populate Heavens for Christ.

The Lord uses me mightily to rescue bound Christians, deceived Christians and captives from the grips of the devil. This is my call. This testimony is to glorify the name of my Master and Lord Jesus Christ on how he gave me victory over Satan our arch-enemy. The devil is obviously furious because I will expose his defeat in this testimony.
Glory be unto the Lord God the Father, Honor and praise unto the Son of man Lord Jesus Christ and power and strength be given unto the Holy Spirit my best friend and confident of all times. This is a mighty experience in spiritual warfare engagement which is going to shake your life and bring you to a rude awakening and to the realization that the enemy (the devil) is real and very intelligent and craftily more cunning than any human intelligence or wisdom.
Any human being threatening the devil without the covering of the Lord Jesus Christ is provoking a giant who will eventually tear his/her life apart and disgrace him/her to the point of death. The bible says that when the enemy (leviathan) stands up, no man not even a mighty man can withstand him in any way; it goes further to say that he is so powerful that he is not afraid of anyone.
Check it out for yourself (Job 41:25-29) When he raiseth up himself, the mighty are afraid: by reason of breakings they purify themselves. The sword of him that layeth at him cannot hold: the spear, the dart, nor the habergeon. He esteemeth iron as straw, and brass as rotten wood. The arrow cannot make him flee: slingstones are turned with him into stubble. Darts are counted as stubble: he laugheth at the shaking of a spear.)
Ignorance of the tactics, attacks and movements of the enemy is fatal where the spiritual life of a believer is concerned. Every true Christian is called to engage the enemy to the value of decision and obtain victory in the might name of Jesus Christ (see Joel 3:14). By my experience I have come to know that Lucifer is highly intelligent and wiser than any human wisdom.
He is cunning and evil in all his ways. You can only master and defeat Satan when you know the Greatest Master who defeated him first on the cross of Calvary – the Lord Jesus Christ. The Lord Jesus Christ demonstrated to us on a public show and spectacle; how to defeat the devil and all his agents.
The bible clearly says that he made a public show of them on the cross (Col. 2:14-16). Because the Lord defeated him first with a fierce fight that took years to conclude, I can guarantee you that you will miss the point and be completely blinded to his ways and craftiness if you don’t follow in the footsteps of the Master and Lord Jesus Christ himself!! Before you read my testimony any further, I will advise you to consider praying seriously. 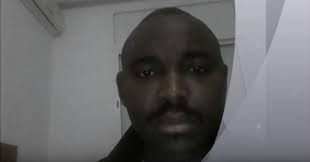 MY BACKGROUND
I am the great-grand-son of the king of Congo (Kongo dya Ntotila from 1400– 1914). This kingdom covered the northern part of Angola, DRC, Congo and parts of Gabon upwards. Those who studied the history of African kingdoms know this very well. My parents are from one of the clans of this kingdom.
The king of Congo made several covenants with Lucifer, represented in the form of the dragon and serpent. This was his power. He decreed that every king, prince or duke in the kingdom must have many wives, as was the tradition in every kingdom that existed in Africa during that period.
Evidence of this practice can still be seen in Lesotho were the king possesses many wives. This kingdom later on split into two tribes (Tribe of Kinlaza and the tribe Kinpanzu) upon the instigation of the Portuguese whose aim was to divide to better rule. My father is from the tribe of kinpanzu. I knew this since my childhood because my father used to tell us stories about our origins.
It was considered part of the ritual for the children of the kingdom to know their origin. It was a form of indoctrination. This king made a covenant with Lucifer to protect and give power to him in exchange for the lives of the children of the kingdom.
And for him, having power means having many women, children, dominion over other kingdoms and going to war. This king sold slaves to Portuguese traders and other European powers. And all this has been a curse upon the children of the kingdom who are alive today.
MY MYSTERIOUS BIRTH – HALF A SPIRIT AND HALF A HUMAN BEING
I was born in a mysterious way in a municipality called kimbele (which means cutler) and a village called Mutuangulo (which means the head of a pig). I am sure you are already beginning to have a vivid imagination of the environment where I was born. My parents requested for me from their dragon and serpents gods. 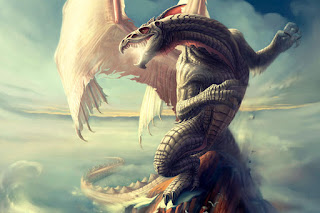